Around 10 am on Friday, August 1, 2014, I experienced my first real contraction. At least, I thought it was. It was a dull pain — I remember thinking, hey, this is not too bad actually. I noticed it — it lasted 30 seconds or so — and went on its way. I noticed another one 22 minutes later…and then another 22 minutes after that! Finally! I was in labor and you were on your way!

That morning, I drove over to a local cafe and park to meet friends, and we sat around drinking coffee and talking. Unknown to them though, I was quietly counting contractions. By the time I made it home, they were 19 minutes apart, and your daddy went into panic mode.

He ran around cleaning, packing, organizing. He was the epitome of the saying “running around like chicken with no head”. I took a shower and ate a peanut butter and banana sandwich, while he put clean covers on the couch cushions. I was calm. I was SO ready to meet you!

My friend Allison was going to be my doula, so we gave her a call to let her know that I was in labor. She came over later that afternoon, and we headed into Lisbon around 5 pm. At that point, my contractions were about 7 minutes apart.

We arrived at the hospital, but before we checked in, we ran next door to grab some dinner. I ate about half a chicken caesar salad, but my contractions were getting stronger, and I couldn’t finish eating because of the pain. We headed back to the hospital and the on-call doctor examined me. Though my contractions were 5 minutes apart, I was only 1 cm dilated! I was devastated. I was sure that all these contractions had gotten me somewhere, but we still had quite a way to go.

They hooked me up to a monitor and settled me in for the night. The nurse told me that you weren’t coming any time soon, so I should just try to rest. I did not believe him, and actually I got pretty angry with him. I was positive that these were real contractions and that you were going to be arriving soon!

I slipped into super focused mode then. I remember things happening around me, but I was only thinking about you. I was feeling the contraction begin, grow, peak, and die down. I focused on breathing and on making it through each contraction, because every one I got through meant I was that much closer to you.

And you were determined to do your part as well. My water broke around 2 am, and I shot up to 5 cm right after that. Twenty minutes later, I was at 8! They called my doctor and told me not to move as my labor was progressing so fast. They actually seemed surprised. I wasn’t, though. Mommies always know.

I had decided against any medication, and I was exhausted. I slept in between contractions, but that was getting harder to do, since they were so close together. Finally, at about 5 am, I was told to push.

It was the most intense and painful moment of my whole life. I remember screaming, and I remember telling everyone to be quiet and to give me a minute when they all kept telling me to push. Thankfully, labor and delivery nurses and doctors seem to come with an extra measure of grace, and they did give me that minute. I was able to muster my courage and strength and gave one last push — and out you came! It was 5:50 am on Saturday, August 2, 2014.

When you came out, you were screaming, and they immediately placed you right on my chest. The second you heard my voice, you looked right at me and got quiet. You knew me. You grabbed hard on to your daddy’s finger, and we were both head over heels in love with you in just an instant! You followed up that beautiful moment by peeing on me. You know though, I didn’t care. You had just become very real, and you had ushered me into a whole new world. You had made me a mommy!

My darling boy, you are life changing. Watching my body grow you and deliver you was miraculous. I never knew how strong I was, or how determined I could be. And though it was incredibly painful, far more than anyone told me it would be (for real, what’s with the secrets?), I don’t regret any part of it for a single second.

You were and are worth it — always and forever. 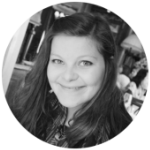 Wife, mom, expat, coffee and Jesus lover doing life and learning to thrive in the chaos.

View all posts by Ariel →